In recognition of Native American Heritage Month, we welcomed Chris Newell (Passamaquoddy), co-founder and director of education for Akomawt Educational Initiative, a majority Native-owned educational consultancy based in Connecticut.

Chris gave an overview of Akomawt Educational Initiative’s mission and vision, educated participants on the history of Native cultures, and discussed cultural, social, legal, and other issues facing Native communities today.  We enjoyed a meaningful presentation on the work being done to bring Native history into Connecticut classrooms and beyond.  Chris also discussed the Indian Child Welfare Act, including its history and the challenges currently facing the Act in the U.S. Supreme Court.  Chris also spoke of ways we can incorporate and honor the deep roots of Native people and their cultures.

Chris was born and raised in Motahkmikuhk (Indian Township, ME) and a proud citizen of the Passamaquoddy Tribe at Indian Township. After earning an interdisciplinary Bachelor of General Studies degree from the University of Connecticut, he served as the Education Supervisor for the Mashantucket Pequot Museum and Research Center for six years. During this time, Chris helped co-found the Akomawt Educational Initiative as a response to observations of the public school system and the lack of representation of Native history and social studies. He is a current board member for the New England Museum Association, the Tides Institute, Maine Public, and the New England Foundation for the Arts. 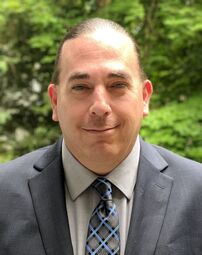 By using this site, you agree to our updated Terms of Use.